As Manistee Chippewas, we are all leaders in our own way. Chips Lead at school, with friends, and in the community by developing healthy relationships, using responsible decision-making and respectful communication.

As leaders, we inspire each other to dream more, learn more, and do more. 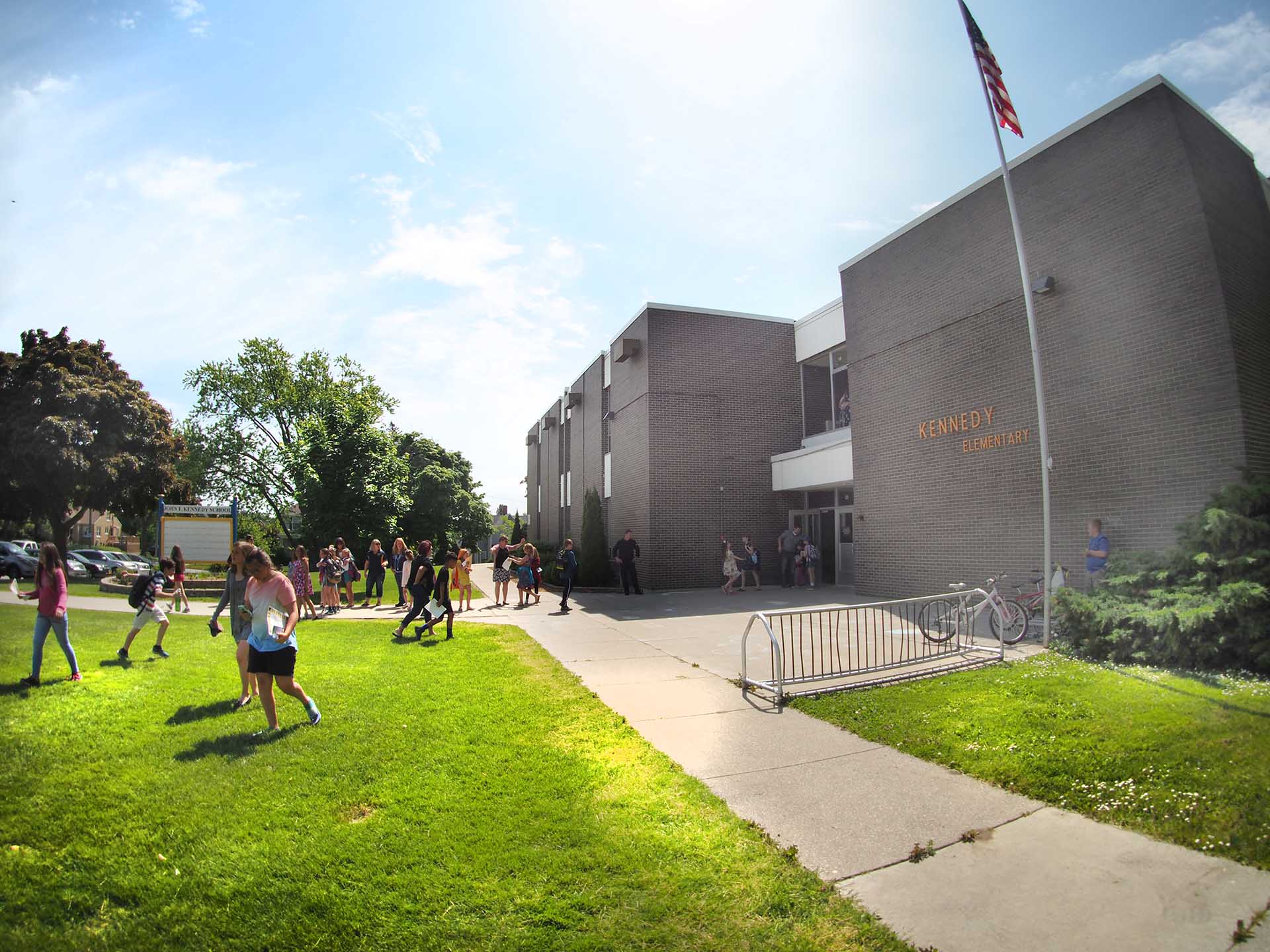 Welcome! At Manistee Area Public Schools we want the very best for all of our students. We have developed a continuum of education from Pre-School to 12th Grade that support each student on their Chippewa Journey.

Each morning, the MAPS educational community engages in the critical work of professional development at each school. This means schools start approximately 30-35 later than a typical school day.

Please let us know if you are interested in receiving more information about Madison Morning Care by completing this registration form:

We Value Your Feedback!.

Facilities Initiative Survey - Review the plan here, and give us your feedback by completing our short survey!

Please lend your voice to the MAPS 2020 Vision by participating in our survey.

Manistee City Police were at Kennedy Elem. this morning to respond to a student situation.   The situation was quickly resolved.

END_OF_DOCUMENT_TOKEN_TO_BE_REPLACED

Kennedy Elementary will be holding our Annual Family Reading Night on Tuesday, October 22, 2019  at Kennedy Elementary from 6:00 -7:30 pm.  All Kennedy parents, students, and staff  are invited to attend, and dress up like your favorite book...

END_OF_DOCUMENT_TOKEN_TO_BE_REPLACED

On Saturday, October 5th, 2019 the Manistee ISD will be upgrading the Internet access for Manistee county schools. This is an all day process and will impact services such as Powerschool, access to district websites, proxy services, Moodle, etc. 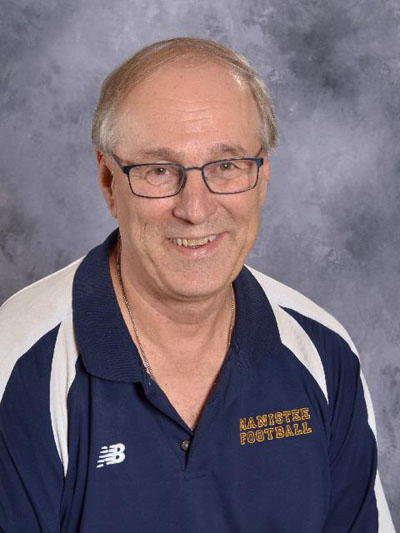 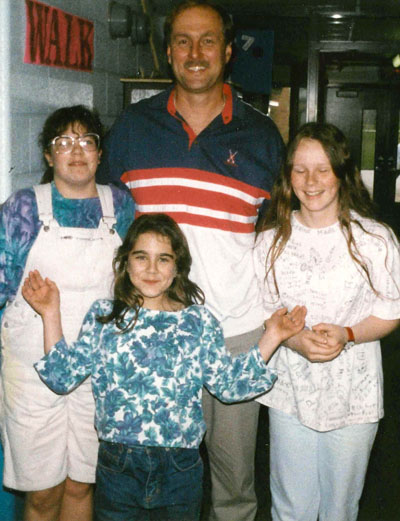 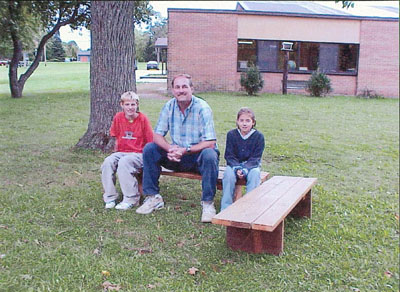 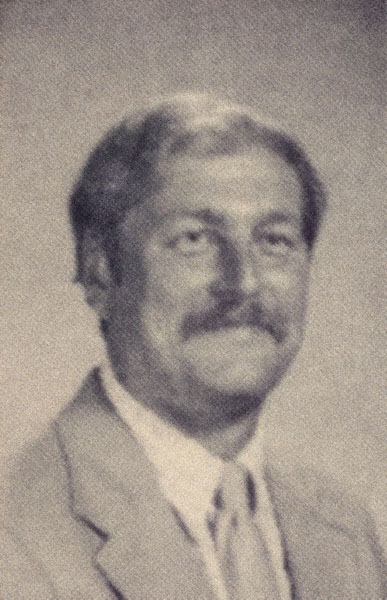 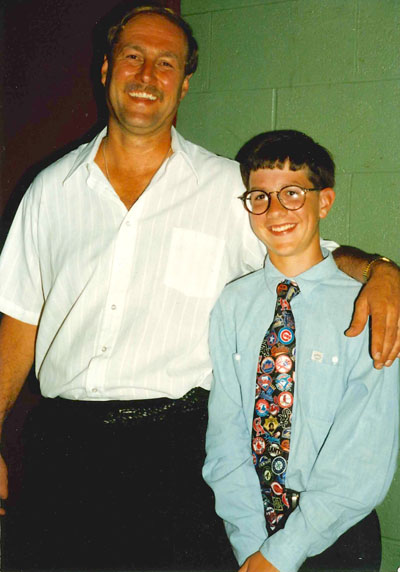 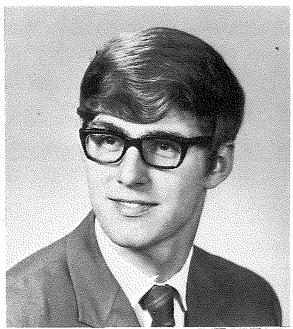 It is with full hearts that Kennedy Elementary says goodbye this year to our long time 5th grade teacher, Don Demeuse.  For every family that has been a part of Manistee Area Public Schools in the last 40+ years, it is likely that somewhere in their Kennedy Elementary memory is a fond one of Mr. Demeuse.  It is fitting then to close out this school year, and the start of the first ever Chippewa Staff Spotlight, to get to know a little more about Don, his career, his passions, and his hope for the future.

Don attended Central Michigan University to become a teacher.   His passion lies in history, science, math, but mostly inspiring children and colleagues to become something special.  He knows first hand how an education can impact one’s life. He has coached football, track, basketball, softball, baseball, swimming plus has been involved in Science Olympiad and the Sleighbell Parade.  He also attends students games, band concerts, and eats lunch (if you call a bag of carrots or canned green beans lunch) with kids in the cafeteria every day.

He has 2 daughters, Nicole & Jessica.  Nicole is teaching science in Los Angeles and Jessica is a chemist and lawyer in Nebraska.  He has one granddaughter, Audrey.

Don’s long career in education bears witness to his joy and passion for children.  He has mentored numerous teachers over his years, and his relationships with students and staff has set an exemplar to those who know him.   He considers the past 40+ years in education a true honor and blessing.

When asked to share something that most people don’t know about him, Don replied, “I compete in triathlons in the summer.  I swim a half mile and bike 25 miles. My knee is too bad for the running part.”

When asked to share some final words of wisdom, Don replied, “Same thing I tell all the teachers, no matter how the day is going, have fun.  If you take it too serious, you are not a good teacher. Go in today and have fun.”

As for his future plans, Don plans to travel to see his own children and grandchildren.  Maybe you’ll even see him back at Kennedy, roaming the halls, and continuing to love the students and staff that he has blessed for over the 40+ years.  The memories he has made, have made him so rich!

What is ATP?: ATP is our parent-teacher group for all of the MAPS Elementary buildings – Madison, Jefferson, and Kennedy

Parents who become involved in their child’s education can make a positive difference. Contact Julia Raddatz raddatzj@manistee.org, or Kevin Schmutzler kschmutzler@manistee.org for more information or to join our ATP family.

What are the objectives of the ATP?

The Manistee Area Public Schools parent group Action Team for Partnership (ATP) is a group of dedicated parents that spearhead projects to benefit our students. It is similar to a Parent Teacher Organization (PTO) only a little more prescriptive and based on committees, including:

What does ATP do?

Buckets will sell for $12 each and can be refilled for FREE at all Wesco stations around the state from now until December 31, 2019!  This is a great holiday gift idea!  See the announcements section on this page for details about our 2018 fundraiser, and check back for future fundraising information.

Starting January 2019, ATP is starting a point tracker for volunteers!

How do I earn points?

All the points you earn will be entered for a drawing. At the end of the year, we will choose two winners. We hope to have a ton of volunteers!

The staff at Kennedy Elementary are looking forward to an exciting school year. Kennedy Elementary offers a challenging academic program along with many athletic opportunities and after school programs. We are proud of the programs our school offers and encourage you to work hard, do your best, and find success both academically and in your personal accomplishments.

We offer the following programs throughout the year:

As Manistee Chippewas, we are all leaders in our own way. Chips Lead at school, with friends, and in the community by developing healthy relationships, using responsible decision-making and respectful communication.

T | TRUSTWORTHY — Chips tell the truth and are responsible

A | ACCEPTING — Chips are friendly to all

C | COOPERATIVE — Chips work together as a team 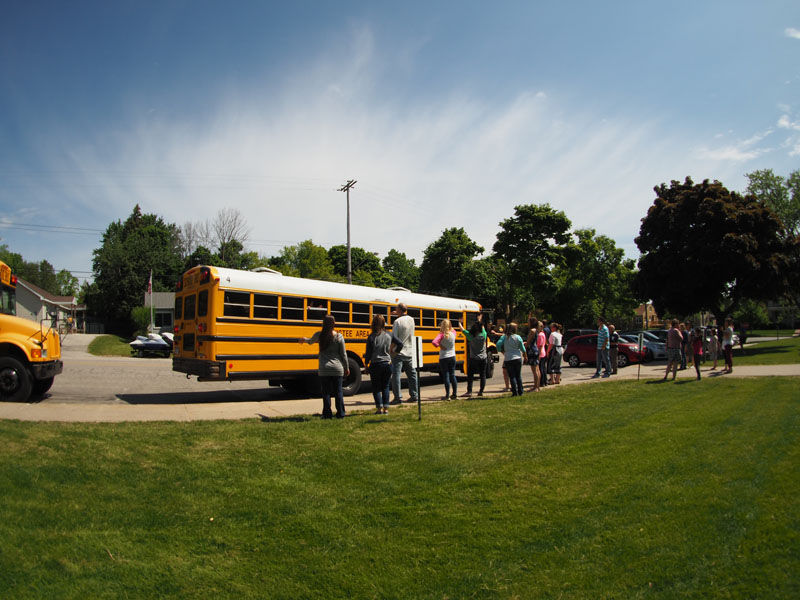 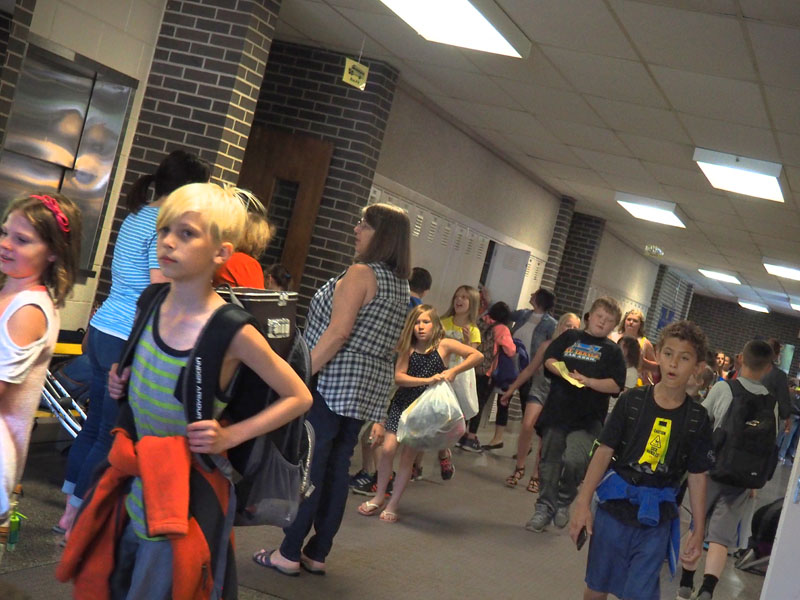 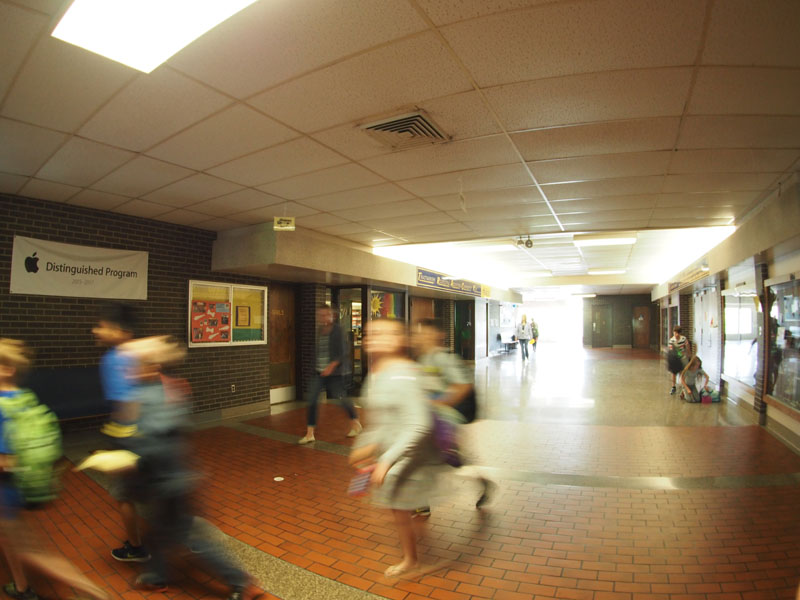 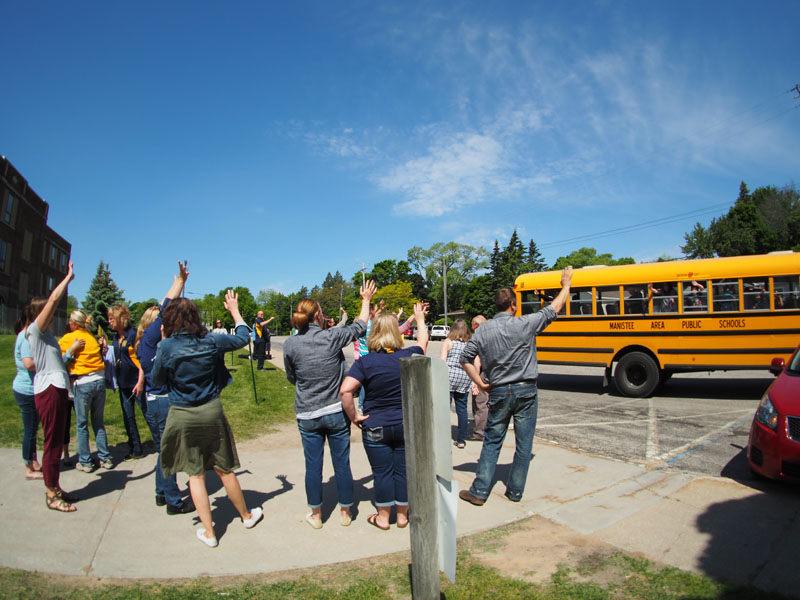 What is ATP?: ATP is our parent-teacher group for all of the MAPS Elementary buildings – Madison, Jefferson, and Kennedy.

The Manistee Area Public Schools parent group Action Team for Partnership (ATP) is a group of dedicated parents that spearhead projects to benefit our students. It is similar to a Parent Teacher Organization (PTO) only a little more prescriptive and based on committees, including:

What does the ATP do?: We fundraise to help support our schools and students. We pay for field trips, school supplies, recess/playground equipment, books, staff appreciation activities, and more! We also organize many family events: Fall Carnival, Daddy-Daughter and Mother-Son nights, Holiday Caroling, Birthday Lunches, Book Fairs, and Santa Shop are some examples.

Parents who become involved in their child’s education can make a positive difference. Contact or Kott kkott@manistee.org, or Kevin Schmutzler kschmutzler@manistee.org for more information or to join our ATP family.

Seesaw is a service that we use K-6 at MAPS and is a simple way for teachers and students to record and share what’s happening in the classroom. Seesaw gives students a place to document their learning, be creative and learn how to use technology. Each student gets their own journal and will add things to it, like photos, videos, drawings, or notes. When there are new Seesaw posts, families can be notified via app notification, email or SMS. Parents are only notified about their own child’s work, and all data is safe and secure.

Contact your student’s classroom teacher to get more information about how you can get connected via Seesaw.